Rainwater Harvesting Around The World - India 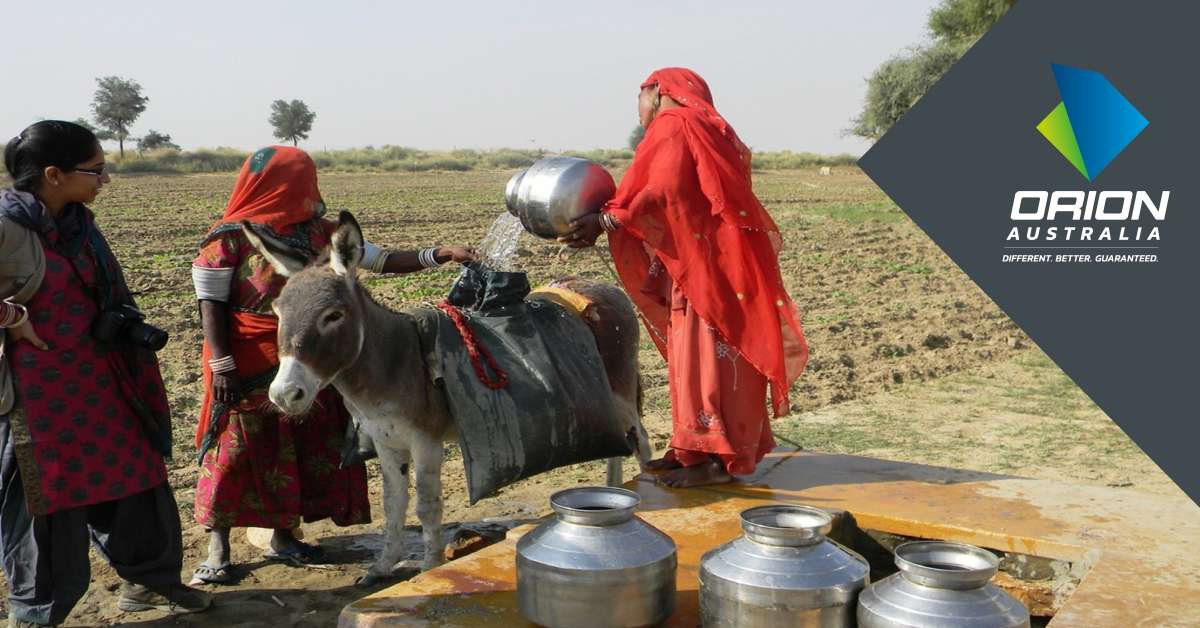 The importance of rainwater harvesting and water resource management has been recognised since ancient times in India, and the people of Rajasthan in North-West India have been pioneers of clever rainwater collection and storage techniques/systems for centuries. Ingenious rainwater harvesting systems such as the Kund, Taanka, Beri, and Johad have been passed down from generation to generation and are still maintained and utilised by locals in this region today.

Rajasthan is the largest Indian state by area and the seventh largest by population, compromising mostly of the harsh and inhospitable Thar Desert (also known as the Great Indian Desert). Even though Rajasthan is the largest state, it possesses just 1.2% of the total surface water and only 1.7% of the groundwater available in India. Known as one of the most challenging and arid habitats in Asia, there are no main rivers running through Rajasthan and it has a turbulent climate, with erratic rainfall and long periods of drought. This means civilians have always had to be super smart and strategic about harvesting rainwater!

Modern interventions and water systems implemented by the state’s government in recent decades, like massive dams and piped systems, have largely underperformed or even failed. It’s the tried and trusted rainwater harvesting techniques listed below, that have been around for centuries, that have kept Rajasthan families and farms hydrated, and have proven themselves to be more cost-effective, easy, and beneficial than more modern systems.

This ancient rainwater harvesting system is still used by locals today to collect and store water along the sandier tracts of the Thar Desert. This system includes an underground circular tank located right at the centre of a saucer-shaped catchment area at ground level (the ‘kund’), with a gentle slope that drives the water towards the middle down into the tank. The sides of the underground tank are covered in lime and ash which helps disinfect the water, with wire mesh placed over all the water inlets to filter out debris and animals. A 40-foot deep kund can accumulate close to 100,000 litres of water during a rainy season in Rajasthan.

The success of a kund is dependent on the selection of its site and the characteristics of its catchment area. Quite a large catchment area must be selected (between 20sqm and 2ha) and artificially prepared to produce adequate runoff. The catchment areas of kunds are made by locals in in a variety of ways using easily available sealing materials such as pond silt, charcoal ash, and gravel.

This rainwater harvesting system dates back to at least 1607 AD and is traditionally found in most houses and temples in the city of Bikaner in Northern Rajasthan (see map above). A ‘taanka’ is a small underground tank, built right next to the main house or in the courtyard where rainwater from the roof and surface run-off is caught. They are built by digging circular holes in the ground of 3-4 metres in diameter, before lining it in cement plaster and polished lime tiles, which helps keep the water cool and the lime acs as a disinfectant. The water stored in tankaas is used for drinking and domestic purposes, and more modern-day ones have a capacity of around 21,000 litres.

A ‘beri’ is a traditional percolation well that stores rainwater, and can hold up to 500,000 litres, which is enough to meet the water needs of 10 local families for a year. Essentially, a beri is pitcher-shaped shallow well, about half a metre wide at the top and 3-4 metres wide at the bottom. Percolated rainwater then gets ‘channelised’ towards this well. The beri is strategically built by locals, who dig out the well until they hit the clay layer of earth, to prevent further percolation of the stored water. The beri’s narrow mouth prevents water loss via evaporation, and locals also often build a raised concrete platform over the ‘mouth’ of the well, covering the opening with a slab to prevent dust and surface run-off contamination.

In recent years, the Rajasthan government and local not-for-profit organisations have begun reviving hundreds of defunct beris in villages, to help tackle the severe drinking water shortages in this drought-affected state. In the village of Khidrat, about 90% of villagers now get their primary drinking water free from beris, where before, families where spending around half their income on buying clean water.

Johad’s are small earthen check dams that capture and conserve rainwater runoff. These catchment dams are still widely used throughout Rajasthan today, especially in the city of Alwar (see map above), and offer many benefits to the local people and environment. First and foremost, Johad’s provide locals with access to reliable, clean water for drinking, washing and irrigation. They also greatly improve and promote downward percolation through the soil (making the land more fertile), and recharge ground water in this extremely dry region. Johad’s are very simple and low-cost structures that require no large equipment or expensive materials to build, just local tradesmen and basic materials found in the surrounding environment. Workers simply dig a pit, building a semicircular mud barrier with the excavated soil, and add a stone drain to allow the excess water to seep into the ground (or to connect with other johads nearby).

Between 1984-2000 over 3,000 johads were revived in 650 villages in Rajasthan, and the impact on the local environment was astounding. Locals have measured a 6m rise in the groundwater level since, and the area saw a 33% increase in forest cover. Five local rivers that used to dry up and disappear straight after monsoon season are also now flowing strong all year round!

If you missed the first article in our series on Rainwater Harvesting Around the World (One Million Cisterns Program in Brazil), click here to read!