Rainwater Harvesting Around The World - Brazil

The game-changing "One Million Cisterns Program" implemented in North-East Brazil. 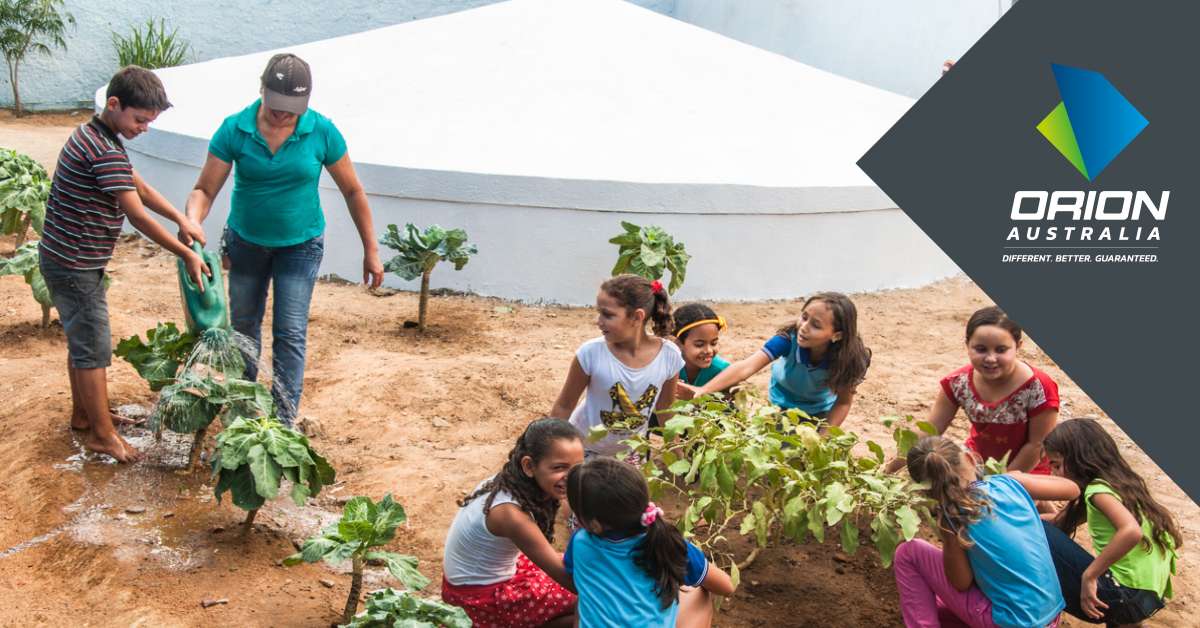 The ‘One Million Cisterns Program’ is an innovative, transformational rainwater harvesting program and social movement that was implemented in the Semiarid region of Brazil, where millions of people were suffering acute water shortages due to successive droughts.

Launched in 2001, the original mission of this program was to install one million ‘cisterns’ (or rainwater tanks as we call them) to provide healthy drinking water to locals during the dry season. The goal was to enable people of Semiarid Brazil (especially poorer families and farmers) to live in dignity during drought, to learn to sustainability coexist with drought instead of just seeking short-term emergency relief from it.

The use of cisterns to capture and store rainwater isn’t a new ‘high-tech’ method of rainwater harvesting, but a reliable one that’s been around since ancient times that has been given a new appreciation. The construction of tanks that collect rainwater from rooftops and store it for use during periods of drought is a simple and inexpensive solution that can help tackle water shortages in rural, lower -socioeconomic regions like Semiarid Brazil.

This program initially focused on installing tanks to capture healthy drinking water but quickly expanded to include building tanks to collect water for ‘productive’ agricultural use (e.g., for livestock and growing crops), and tanks for local schools.

The One Million Cisterns program rolled out in the Semiarid region of North-East Brazil, a large area covering 980,000 km², including nine states, 1,134 municipalities, and a population of over 22 million people. This region continuously endures high temperatures and erratic, irregular rainfall that's concentrated in just a few months of the year, causing long dry spells.

Before this program was implemented, rural communities in Semiarid Brazil, particularly farmers of smaller properties, experienced extreme poverty, and deprivation due to drought, which could plague the region for several years at a time. During these trying times, crops would fail, people would starve, and disease and child mortality rates would skyrocket.

There was also a massive burden on women and children in this region that this cisterns program aimed to alleviate. Traditionally, the women and children of Semiarid were the ones responsible for water collection. Before this program, sourcing water would take them hours of tiring labour per day, walking miles in the heat to find a source. The only water they could then often find was dirty and contaminated, so it’s no surprise that one of the leading causes of death in children was diarrhea caused by the consumption of untreated water.

The One Million Cisterns Program was developed and coordinated by Atuação Semiárido Brasileiro (ASA), a network of over 3,000 civil society organisations of different kinds (e.g., rural unions, farmers’ associations, NGOs) operating throughout the Semiarid region.

The type of rainwater tank ASA chose to implement was a ‘Cement Plate’ model. This kind of tank is simple and cost-effective to build with basic trade skills, making it perfect for local labourers to execute. The tanks are built from multiple concrete slabs cemented together, each measuring 50cm by 60cm and 3cm thick. To learn more about the building process and materials, click here.

The size of the tanks implemented in this program varied depending on the number of people in each home and the home’s roof. The average tank holds around 16,000L, which when full, can supply clean water to a family of five to drink, cook and wash with for eight months or even longer.

The simplicity of these tanks’ design and the participatory approach of the program, training local tradesmen in the construction of them and families in their maintenance, are two key elements that lead to the program’s success.

The One Million Cisterns Program includes the following components…

All components of the One Million Cisterns Program follow the same core principles of education, empowerment, and local ownership, using local materials and community labour for tank construction and integrating rainwater harvesting training. Semiarid families and schools aren’t just delivered a ready-made tank but provided with 16 hours of rainwater harvesting, sustainable farming, and water hygiene education beforehand (including tank maintenance and care, treatment of water storage, health and safety, etc.). The tanks are built by local masons, with the help of the families receiving them, passing on valuable knowledge and skills to each other.

The beauty of this program and its success are due to the fact it’s an empowering social movement, not just a mere installation of rainwater tanks. Whole communities participate in all stages of the rainwater harvesting process, in the construction, installation, maintenance, and consumption.

Brazil’s One Million Cisterns Program has made access to clean water a reality for millions while also helping to eradicate poverty and disease, ensure food security, empower women and children, and increase climate resilience in one of the country’s poorest and harshest regions.

The program’s goal of installing one million cisterns in the Semiarid region was achieved and surpassed in 2014. Between 2003 and 2016 a massive 1.2 million rainwater tanks were built at homes and on farms across the region, helping over 4.5 million people. In addition, thousands of tanks were also implemented at local schools.

Even though this region is still enduring severe drought, reports indicate that since this program was implemented, the worst effects of drought - child mortality, starvation, mass migration –have significantly decreased. Thanks to these rainwater tanks far fewer people leave the region. Previously, farmers and rural families were often forced to abandon their land due to drought, leaving it either barren and degraded, or to be taken over by big landowners.

These tanks have also transformed the lives of local women and children, as rainwater harvesting at home means no more walking for miles to fetch water. Children can go to school and women have more time for other domestic and agricultural activities (i.e., growing vegetables and keeping livestock). This gives local women greater independence and income and boosts food security for their families. The tanks are also registered in the name of the female ‘head of the household’, giving them ownership, status, and responsibility.

Brazil’s One Million Cisterns Program is truly an excellent model of mainstream implementation of large-scale rainwater harvesting that has transformed the lives of millions of people. Similar programs modeling this one have since rolled out in other countries, such as Sahel in Northern Africa, to great success.